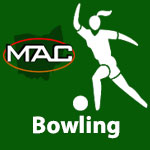 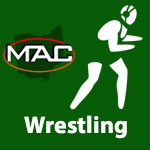 If there was one thing that head coach Nann Stechschulte learned from last season, it is the importance of every league game on the girls’ basketball schedule – particularly the ones early in the year.  After falling to New Knoxville and Versailles in two of their first three conference games last season, the Wildcats finished the league campaign at 7-2 which was good for second in the conference behind the two teams they lost to early on.  The Wildcats (5-0) have already avenged their loss to New Knoxville this season and on Thursday will host the Versailles Tigers in a pivotal, early-season bout.  “We addressed our start of the MAC season last year at the beginning of this year,” Stechschulte explained.  “I pointed out how it came back to haunt us in the end and we certainly do not want to have any regrets this year.”

The Wildcats, who are led in scoring by senior Kayla Richard at 10.2 points-per-game and in rebounding by Lauren Roetgerman at nearly five each contest, have logged conference wins over New Knoxville and St. Henry over the past couple of weeks.  Their battle with Versailles kicks off a brutal portion of the schedule that includes defending Division IV state champion Fort Loramie on Saturday, the McDonald’s Holiday Classic at Lima Bath next week and Marion Local after the start of the New Year.  “As of today, Versailles, Fort Loramie, Wadsworth (Minster’s first contest in Holiday Classic), and Marion Local are undefeated, so there is no rest for the weary,” Stechschulte pointed out.  “Throw finals in there this week and the Christmas holidays, and it makes an interesting two weeks coming up.  As for Versailles, they have very good size, their posts run the floor well, and they are very strong and physical.  We have to eliminate easy baskets in transition and limit their opportunities for free throws and easy put backs in order to have a chance this week.”

The Tigers enter this week’s contest at 8-1 after opening the season with conference victories over New Knoxville and New Bremen.  In the past week, the Tigers downed New Knoxville 32-29, before falling to Lima Bath on Tuesday by a final of 57-37. Christa Puthoff has led the Tigers offensively and in rebounding this season with nearly 12 points  and four rebounds each time she takes the floor, while Brooke Pothast, Amanda Winner, and Taylor Winner have been head coach Jacki Stonebraker’s biggest contributors on the defensive end of the floor.  ““We need to get better at taking care of the ball offensively – we have too many unforced turnovers because we try to rush things,” Stonebraker explained.  “We also need to get better on the boards because we have gotten out-rebounded the past two games.  On the other side though, we have pretty good spacing within our offense and are working together fairly well.”

Stonebraker understands the task ahead in order to knock off the Wildcats on their home floor and move to 3-0 in conference play.  “Minster’s defense is extremely good – that is how they win most of their games,” she remarked.  “Their high-pressure press will give us some difficulty, so we must prepare for that and we will need to be patient on offense once we break their pressure.  They also have some pretty good three-point shooters who we need to find in transition in order to come away with a victory.”